On the 15th October 1970 Australia witnessed a tragedy that is still our worst industrial disaster to date. The collapse of the Westgate Bridge took 35 lives. 48 years on there are still many people who do not understand how this could happen.

According to reports, as two spans were brought into close proximity it was revealed that there was a gap of approx 10cm. The answer seemed simple enough, use kentledge (concrete ballast cubes that each weighed about 8 tons) to realign the girders. These concrete cubes were going to be placed on the north half span in an attempt to push it down to the same height as the south span. However it would seem that more weight was used than was approved by the engineer and this caused a buckle in the bridge. On Wednesday 14th October instructions were given to straighten the buckle "without further delay". 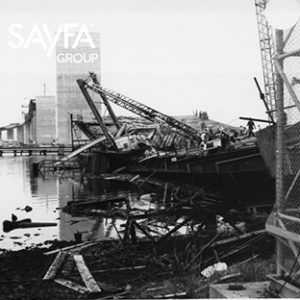 The day the bridge came down

Starting at around 8.30 am on the 15th October the task of straightening the buckle began. The removal of a large amount of bolts commenced which caused a significant degree of slippage. It was then suggested that the bolts be re-tightened with an air gun. When the pressure of this caused the bolts to break, the shock reaction of the bolts failing in tension created stress. This resulted in a sliding movement which made many of the of bolt holes disappear, meaning they could not re-bolt the span and it also created more buckling to several other panels of the bridge.

Around 11.00 am that morning the Section Engineer contacted Jack Hindshaw, the Resident Engineer, and advised that things were not going well. Hindshaw arrived on site and was instantly aware that a potentially dangerous situation was imminent and decided to get further advice, making a phone call to Gerit Hardenber, a Senior Representative of WSC Melbourne. The last words that Hindshaw was heard saying were "Shall I get the bods off?" (referring to all the workers). It was then, at 11.50 am, that span 10 -11 collapsed, taking the lives of 35 men, Jack Hindshaw among them.

What were the Royal Commission findings?

After sitting for six months, the Royal Commission found numerous factors came into play which caused the collapse; the design, the construction method and the reckless attempts to fix the construction failure. These findings brought about huge changes for workplace safety and included the introduction of health and safety laws which gave workers involved in safety committees stronger influence. 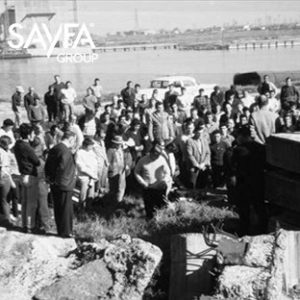 What can we learn from this tragedy?

We can all take something away from this, whether it be to design a better building, ensure that codes of practice and guidelines are being met or to simply make our workplaces as safe and as compliant as possible.

Whatever we do take away from this we should always be aware that our foremost priority must be to provide the safest environment we can for our workers. Take our Height Safety Health Check to determine if you are doing all you can to ensure the safety of your workers.

A tragedy like this should not and must not ever happen again.